Gretna man, 87, gets help from community to repair cited home

Nearly one dozen volunteers gathered in the Louisiana heat to save an 87-year-old Gretna man's home, after it was cited and sanctioned for a possible lien by the Jefferson Parish government.

Robert Milton received notice that he needed to fix his house's damaged gutter or face retribution. Fearful of losing his home of 30 years, he and his family contacted the Jefferson Parish department of community development for assistance. The department, along with the parish's property maintenance and zoning department, partnered with the Home Builders Association's New Orleans Education League (NOEL) to help Milton repair his violated property at no cost to him.

This isn't the first time unification between government and industry has happened in Jefferson Parish. Through a partnership called Joining Forces, the Jefferson Parish department of community development and the New Orleans Education League have assisted numerous homeowners in repairing their cited homes; touting a record of over 40 homes in the last five years.

"Homeowners will get cited by code, and code will refer them to us. Their homes weren't necessarily blighted, they were just older or needed a little bit of repair," said Jon Luther, CEO of Home Builders Association of Greater New Orleans. "We also found that most of those owners were low income or elderly. And, in this case, this was an elderly gentleman who, to no fought of his own, couldn't keep up."

According to Emann Batiste, a housing improvement counselor with the community development department, homeowners who are cited and express concern of not being able to make the required property repairs, can be referred to the assistance program if they meet the eligibility and financial requirements.

"We aim our services at seniors because they are the ones who normally fall in that gap. They're older; they've had their homes for many years and once they go on retirement, then it becomes rather hard to keep-up with that upkeep," Batiste said.

For most homeowners who've benefited from this program, their home repairs have been paid with a community development block grant through the United States Department of Housing and Urban Development.

But Milton didn't qualify for this program. He fell just shy of the financial qualifications. That's when NOEL brought in their partners from the Parade of Homes, another program of the Home Builders Association. Through its charitable component, the Parade of Homes funded all repairs for Milton's home.

See the Article on Nola.com 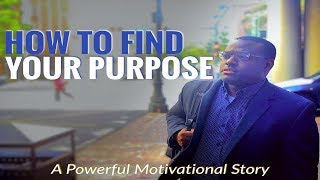